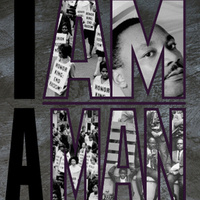 African-American Heritage Month: “I AM A MAN” exhibition by photojournalist Ernest C. Withers

The works of renowned photojournalist Ernest C. Withers (1922-2007), who captured the progression of anti-racism protests, marches and activism throughout the United States, will be on view at the Trinity River East Fork Gallery.

The “I Am A Man” Exhibit, curated by William Ferris of UNC and initially displayed at the Pavillon Populaire in Montpellier, France, chronicles over a decade of the Civil Rights Movement. Coverage begins in the late 50s/early60s with images of the NAACP Main St protests (focused on securing jobs for African Americans beyond janitorial staff in department stores that were happy to profit by selling to African-Americans, but denied their right to work there) and Tent City (a town of tents that went up after many African Americans were blacklisted for participating in Civil Rights actions such as lunch counter integrations, freedom schools, or even just registering to vote, and became unable to pay their rent).

The images in this collection offer a glimpse into the courage and brutality of the 1960s, a decade that unleashed hope for the future as well as profound and tumultuous changes. Viewers will recognize photographs of protesters carrying signs with messages such as “I AM A MAN” or sitting at segregated lunch counters as iconic, familiar images associated with the Civil Rights Movement.

Photographs will remain on display through February 29.

This event is free and open to the public.

This event content is powered by the Localist Community Event Platform.

Login to interact with events, personalize your calendar, and get recommendations.