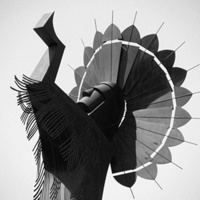 Smithsonian's National Museum of the American Indians presents the traveling exhibition showcasing the remarkable history of the brave American Indian and Alaska Native men and women who have served in the United States military. Native peoples have participated in every major US military encounter from the Revolutionary War to today's conflicts in the Middle East. This event content is powered by Localist Event Calendar Software.

Login to interact with events, personalize your calendar, and get recommendations.